Who better to pick a “Best of” stamp set than the person who helped start Stampin’ Up! out of her garage 25 years ago? Shelli Gardner, Stampin’ Up!’s CEO and Cofounder picked her favorite stamp images from the past 25 years and helped combine them into a single set just for you! Even better, this set includes a never-before-seen flourish image, and the flower image coordinates perfectly with the 3/4” Circle Punch (item 119873).
Some things to remember:
While we are releasing just one Best of stamp set per month, all of the Best of sets will be available until March 31, 2014.


As part of Stampin’ Up!’s 25-year anniversary celebration, they’re bringing back some of their favorite stamp images from the last quarter century and combining them into 12 sets, which will release-one set per month-during 2013. Even better, along with some great classic images, each “Best of” set will also include a never-before-seen image! As a special incentive to collect the Best of stamps, Stampin’ Up! is including a collector’s card and 25-year proof of purchase sticker with every Best of set. Collect six stickers, and send it in to redeem a FREE set of your choice valued up to $14.95! Free sets must be redeemed no later than April 30, 2014.
Email ThisBlogThis!Share to TwitterShare to FacebookShare to Pinterest

It's Official I earned the Grand Vacation!! WAHOO!! 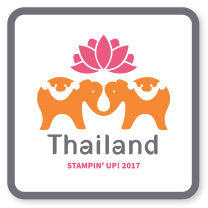 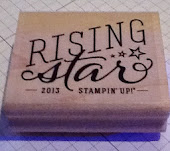 This is my Personal Blog

Janet Holmes, Independent Stampin' Up! Demonstrator, I am responsible for its content. Stampin' Up! does not endorse the use of or contents of the classes, services, or non-Stampin' Up! products I may offer here.